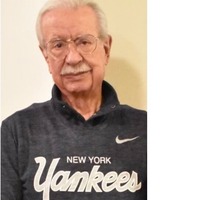 Gilbert “Jerry” Hobbs passed away peacefully at home on September 23, 2021, after battling health issues over the last several months of his life. Jerry made a grand entrance into this world being born on his parents Gilbert (Bert) Hobbs and Maxine Brady’s kitchen table on August 28, 1936.

Jerry grew up on the west side and attended Cyprus High School where he exceled in sports.  Jerry spent 30-years working as a Salt Lake County Sheriff. During the winter months, on a part time basis, Jerry worked as the head of Parking Services & Security at Alta Ski Resort for 40 ski seasons. Jerry also served our country as a member of the Utah Army National Guard.

Jerry was a devoted father to Mike, Layne and Allison and his children all had one common theme they shared about their father. “Their dad was their hero while growing up and will remain their hero for eternity.”  Jerry and the family always looked forward to their annual Bear Lake Vacations where they would golf, ride four-wheelers, boat, ski, wave run, shop, and spend memorable fun evenings playing UNO and attending the Pickleville Playhouse Theatre.

Jerry spent thousands of hours giving back to the youth of his community by coaching little league baseball and later coaching Granger’s American Legion Teams. Jerry not only coached baseball but he was also an all-star fast pitch softball catcher. He was inducted into the Utah Fast Pitch Hall of Fame in July 2017.  In 1968 Jerry won the prestigious John H. Bartholomew award for his Outstanding Teamwork and Unity in Furthering the Sport of Fast Pitch Softball in the State of Utah. The one thing Jerry prized the most about playing was not winning tournaments or awards, but it was the lifelong friendships that he made while playing. Up until just recently before his health took a turn for the worse Jerry would look forward to their Thursday coffee social gathering and Jerry and Sharon would meet for Saturday breakfasts with these amazing teammates and their wives some 50-years after taking their spikes off for the last time. Finally, Jerry was a die-hard fan of the New York Yankees, and he wasn’t shy about letting you know that the Red Sox Suck!

To send a flower arrangement or to plant trees in memory of Gilbert Jerry Hobbs, please click here to visit our Sympathy Store.

To order memorial trees or send flowers to the family in memory of Gilbert Jerry Hobbs, please visit our flower store.