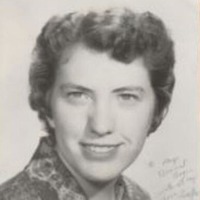 Gayle Gardner Rasmussen, 84, was born in West Jordan, Utah on November 22, 1935 and passed away at home on May 27, 2020 surrounded by her family whom she loved dearly.

Gayle lived much of her life in West Jordan alongside her loving husband Roger Rasmussen, whom she married in the Manti Temple on May 24, 1963. Gayle and Roger raised their two sons and later watched their grandchildren and great-grandchildren grow in the home they built themselves in West Jordan. After Roger’s passing in 2007, Gayle moved in with her son Lamar and his wife Debra, who cared for her for the remainder of her life.

Serving an LDS mission in Uruguay was a highlight in Gayle’s life; memories of which she spoke of fondly throughout her days. Although she enjoyed her time abroad, she spent most of her days closer to home-vacationing each summer in Bear Lake with Roger and her grandchildren. The trips to Bear Lake each summer are cherished memories by each of her grandkids.

Gayle was truly one of a kind; she was quirky and animated, patient, and generous, stubborn and methodical, artistic and creative. She loved animals, a long drive, a good meal and an old western movie.

Gayle will be buried alongside Roger on Tuesday, June 2nd in Centerfield, Utah.

To send a flower arrangement or to plant trees in memory of Gayle Gardner Rasmussen, please click here to visit our Sympathy Store.

To order memorial trees or send flowers to the family in memory of Gayle Gardner Rasmussen, please visit our flower store.