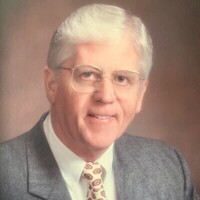 His final moments of mortality were spent at the side of the wife and four sons he adores. Gary’s passing breaks our hearts, but his loved ones are comforted knowing he now knows peace and freedom from his physical challenges.

Gary was born June 15, 1938, to Rell and Mabel Swensen. He often said he had the "perfect childhood” in Taylorsville. He and his younger brother, Val, were blessed to be raised essentially in two homes. Grandma Cook and Aunt Wilma lived just a few steps away.

Growing up on a Taylorsville farm instilled in Gary the importance of family, hard work and service. From his father, Rell, he inherited his common sense and compassion for others. His mother, Mabel, passed on her gifts of calmness and steadiness.

Gary’s youth was spent playing ball with his pals, listening to Ute basketball games on the radio, watching prize fights at the fairgrounds with his dad, and tagging along with his cousin and lifelong hero, Ted Jacobsen.

He spent countless hours as a boy at the old Taylorsville Ward meetinghouse, worshiping and having fun with his neighbors.

Never a fan of farm work, Gary enrolled in the University of Utah after graduating from Granite High School. A bashful kid, he reluctantly signed up for a speech class taught by Royal L. Garff. Professor Garff would become an unexpected mentor, helping mold young Gary into a master communicator.

Family was everything for Gary. Nothing made him happier than simply being with Irene, watching his sons play ball, gathering the whole gang to watch a Jazz or Utah football game or organizing the annual family vacation to Jackson Hole. His joy increased with the arrival of each grandchild and great-grandchild.

Gary wanted to make his community a better place. He served 16 years on the Granite School District Board and a term on the Utah State School Board. Like his father, Gary was a water man — chairing, at various times, the Central Valley Water Reclamation Board and the Jordan Valley Water Conservancy District. At the time of his death, he was a Taylorsville-Bennion Improvement District trustee. His two decades of leadership as superintendent of the Salt Lake County Recreation Department helped develop many of the recreational opportunities found today across the Salt Lake Valley. His efforts were immortalized in 2015 when the Salt Lake County Council unanimously voted to rename the park located at 5100 S. 2700 West in Taylorsville the “Gary C. Swensen Valley Regional Park.”

A lifelong Latter-day Saint, Gary’s gospel testimony and impulse to lift others offered him many opportunities to care for others. He fulfilled callings as a bishop, counselor in the stake presidency and ward Young Men’s president. He coached several youth volleyball teams, teaching scores of young men — “my guys” — his favorite sport. Coaching the Taylorsville 1st Ward to the 1970 All-Church title was a cherished highlight.

In 1997, Gary was called to preside over the California Santa Rosa Mission. He treasured working with hundreds of missionaries, making many new California friends, and serving alongside, in his words, “the world’s most beautiful missionary companion.”

Gary’s most prized possession was always his family -- his ancestors and his descendants. He is survived by Irene; his four sons, Gordon (Diane), Jason (Josefina), Matthew (Freda), Christopher (Maxine); his brother, Val; 14 grandchildren and four great-grandchildren.  He is deeply loved. He is already deeply missed.

Friends and family may attend virtually at:  https://youtu.be/PoU7cmCsCbU

To send a flower arrangement or to plant trees in memory of Gary C Swensen, please click here to visit our Sympathy Store.

To order memorial trees or send flowers to the family in memory of Gary C Swensen, please visit our flower store.