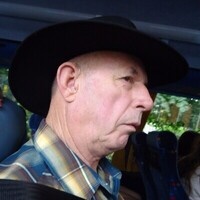 Heaven received a new angel on February 27, 2021. Gary K. Martindale loving husband, father, grandfather and great-grandfather passed away at the age of 80.

Gary was born on October 1, 1940 in Twin Falls, Idaho to Doros K. Martindale and Ina Karlson. He grew up in Oakley, Idaho and moved to Utah when he was around 12 years old. His family settled in the Granger area which is now known as West Valley City. He graduated from Granger High School in 1959. He joined the United States Navy shortly after. During his military career he was stationed on the aircraft carrier, the U.S.S. Constellation, which served in the blockade around Cuba during the Bay of Pigs incident in 1960.

On June 6, 1961 he married the love of his life, Linda Marie Flanders. They have been together for over 60 years. Together they raised two children, Cindy, and Kevin. Their family has grown to include a son and daughter in law, grandchildren, and great-grandchildren. Spending time together going camping at the family cabin, playing cards, eating, and getting together for birthdays, and holidays were some of his greatest joys.

Gary was a huge fan of John Wayne and has quite a treasure trove of memorabilia. He also has a sizeable collection of penguin figurines and stuffed animals. He loved old western movies and TV shows and Louis L ’Amour novels. Since he retired has gotten into wood working and has even taken some classes at Salt Lake Community College.

He is survived by his wife of 60 years, Linda; his children Cindy and Fred Strickland and Kevin and Theresa Martindale; grandchildren Kassandra and Christian Young, Jessie and Thomas Chapman Jeremy and Shayla Strickland, Cameron and Camille Martindale and Jack Martindale; his great-grandchildren Kayleigh Young, Danny Strickland, and Cambyeus Creamer; his two brothers; and 3 sisters.

We would like to extend a special “Thank You” to South Davis Home Health and Hospice Care. Michelle Lewis, Kennadi and Maria especially for all their kindness and TLC during these last couple of months.

Funeral services will be held this Saturday, March 6, 2021 at 12 Noon in The Church of Jesus Christ of Latter-day Saints Memorial Ward Chapel, 4251 South 4800 West, West Valley City. Friends and family may call at McDougal Funeral Home, 4330 South Redwood Road, on Friday evening from 6-8pm, and at the church on Saturday 1 hour prior to services. Interment, Redwood Memorial Estates, 6500 So Redwood Road.

To send a flower arrangement or to plant trees in memory of Gary K Martindale, please click here to visit our Sympathy Store.

To order memorial trees or send flowers to the family in memory of Gary K Martindale, please visit our flower store.