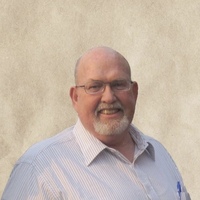 Garth Fisher Toone passed away at home surrounded by family in West Jordan, Utah on January 31, 2022, from congestive heart failure. He was born June 28, 1952, in Logan, Utah to Darrel Bennett and Mildred Fisher Toone. He was raised in Grace, Idaho and Mesa, Arizona. He married Pamela Kay Rast February 15, 1975, in the Provo Temple.

Garth was a dutiful servant and missionary to his God and church.  He served a fulltime mission for The Church of Jesus Christ of Latter-day Saints in the Pennsylvania Mission and Nauvoo. He was the founding Bishop of the Copper Hills 14th Ward. He was a patriot to his country. He was a retired state trooper from the Utah Highway Patrol and a safety manager with both Geneva Rock Products and WW Clyde. Garth was a loving caring husband, father, and grandfather.

Special thanks to Summit Hospice, Chantelle, Stefanie, and Hector.

The funeral will be available on Zoom at: https://tinyurl.com/GarthTooneFuneral
To order memorial trees or send flowers to the family in memory of Garth Fisher Toone, please visit our flower store.