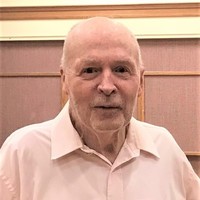 He was raised in Idaho, Utah and California and graduated from Liberty Union High School. Fred spent two summers as a Forest Warden. He received a degree in Accounting from BYU, where he met Donna Evelyn Dixon. They were married April 23, 1966 in the Manti Temple and raised four children. Fred worked as an accountant for Georgia Pacific, Prestwich Farms, and the State of Utah. Fred loved the outdoors, going rock hunting, and camping.

As a member of The Church of Jesus Christ of Latter-day Saints, he served as a Seventy’s Missionary, Financial Clerk, and was a very dedicated Home Teacher.

To send a flower arrangement or to plant trees in memory of Fredric John Crane, please click here to visit our Sympathy Store.

To order memorial trees or send flowers to the family in memory of Fredric John Crane, please visit our flower store.