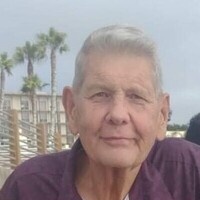 Beloved husband, father, grandfather, brother, uncle, cousin, and friend, Fred Darlynn Griffiths, graduated from this life after a courageous battle with prostate cancer on April 9, 2021. He passed peacefully through the veil at his home in West Valley City, surrounded by his loving family.

Born December 11, 1948 to Thomas Frederick and Shirley Darlene Brough Griffiths in Salt Lake City, Utah, the eldest of four children. He spent the first nine years of his life in Bountiful, Utah where he had fond memories of growing up, going down to the creek bank to catch snakes, and riding around on his bike with the snakes draped on the handlebars. He loved going pheasant hunting with his Dad, Grandpa, and cousins in the field near his home. He later moved with his parents and sisters to Kearns, Utah. He attended Oquirrh Hills Elementary, Kearns Junior High School, and Granger High School. When Kearns High School opened for his Senior year, he had the choice to move to Kearns High, but chose to finish his senior year at Granger High to finish off his football career. He lettered in football, which he played for three years. He also managed basketball and track and made many wonderful memories.

As a faithful member of The Church of Jesus Christ of Latter-day Saints, he lived a life of service and he touched the lives of many wherever he lived. He loved the Savior and had an unwavering testimony of the Gospel of Jesus Christ. He felt very blessed to serve a 27-month mission for The Church of Jesus Christ of Latter-day Saints to South Africa and Rhodesia from 1968 to 1970 and learned to speak Afrikaans. He loved the people, the beautiful country, and going to the game park, where he gained a love of all the animals native to the area. He was privileged to tour Jerusalem, Athens, Rome, Paris, and London on the way home from his mission. He fondly spoke of his opportunity to walk where the Savior walked. He served in many callings in the church, including counselor in the Sunday School Presidency at the age of 16, Priest Quorum Advisor, Young Men’s President, Elders Quorum President, Sunday School President, Ward Mission Leader, Counselor in the High Priest Group, High Council, Counselor in the Bishopric, and Bishop.

After his mission, he met the love of his life, Glenna Martin in 1971. During their courtship she captured his heart and he shared in much laughter with her sense of humor. They were married in the Salt Lake Temple on September 14, 1973. Following his mission, he purchased a home in the neighborhood where he grew up, with the intention of using it as a real estate investment but moved in with his bride after their marriage. They built a life there, raised their five children, and made many special friendships. After 29 years they moved to West Valley City where they again found many new friends.

He loved his family fiercely, and his biggest goals were centered around helping each of them feel loved, important, and unique. He supported them in everything they did as he cheered them on at piano and dance recitals, baseball, basketball, soccer games, track and field events, school musicals, band, orchestra and choir concerts, youth conferences and youth camps, awards banquets, graduations, and weddings. He enjoyed going to the temple with his sweetheart, children, and grandchildren, family vacations, ice cream outings, camping, hunting, fishing, and sporting events.

The legacy he would like to be known for is always keeping the faith, never giving up and knowing that although he could fail, he looked at the positive and beautiful things in life. His passing has left a big void in our lives and a hole in our hearts, but we are glad that he is finally free of pain and suffering and we know that we will be together forever someday.

The family wishes to thank Dr. Ronak Iqbal, Dr. Mark Dodson and his team of nurses, Nina, Tracy, and Julie, Dr. Justin Parkinson, and Dr. Victor Pretorius and the CTEPH team at UC San Diego Health. We also want to thank the wonderful Valeo Hospice team who worked tirelessly to care for him and keep him comfortable in the final two months of his life and offer comfort and support to our family.

A viewing will be held on Thursday, April 15, 2021 from 6 to 8 pm at McDougal Funeral Home, 4330 South Redwood Road, Taylorsville, Utah. Funeral services will be held Friday, April 16, 2021 at 10:30 am in the Hunter 14th Ward Building located at 3450 South 6400 West, West Valley City, Utah, where a viewing will be held from 9 to 10 am prior to the service. Interment, Herriman City Cemetery. The funeral will also be live-streamed at: https://youtu.be/QcIOeXfAMZY

To send a flower arrangement or to plant trees in memory of Fred Darlynn Griffiths, please click here to visit our Sympathy Store.

To order memorial trees or send flowers to the family in memory of Fred Darlynn Griffiths, please visit our flower store.