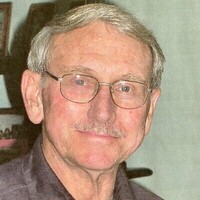 Our beloved father, grandfather, great-grandfather and friend, Francis E. Morawetz, passed away on Saturday, October 24, 2020. Francis, who was better known as Fritz throughout his life, was born to Francis Elsworth Morawetz and Helen Edwina Myers on January 24, 1933. Fritz was born in Lawrence, Kansas, the eldest child, with one younger sister Marilyn.

Fritz had many adventures throughout his life - by the time he graduated from high school, he had lived in 26 different places. He lived in Europe and Japan as a young boy related to his father’s service as a colonel in the United States Army during and after WWII. Fritz himself, served in the Navy, following in his father’s footsteps.

Fritz began high school at Tokyo American High school, where one of his greatest friends was a Buddhist Priest - he later graduated from Ogden High School after his family returned to the United States. Fritz graduated from Utah State University with a bachelor’s degree in political Science and then promptly began a lifelong career working for Western Airlines which was later incorporated into Delta Airlines.

Fritz married Gayle in August of 1955. They were married for 63 years and traveled the world together. One of their greatest joys was traveling together with their family, exposing Kristin, Kirk and Kim to a world of culture, art, and music. Hawaii and Europe, exploring their Danish and Austro-Hungarian family homelands were particular favorites.

Another solace which Fritz enjoyed up until his last days was the family cabin located at Soapstone in the Uintah Mountains. He was always happiest seated on the front porch waiting for guests and family to come for visits. Not surprisingly, Fritz had a great love of nature, birds and plants, and creatures of every size and shape. He was also shortly preceded in death by his loved companion, Fox, a sheltie collie who was a prized family member.

Fritz was an active member of The Church of Jesus Christ of Latter-day Saints serving in various callings - a favorite was his mission on temple square in Salt Lake City where he and Gayle served together for many years. They also enjoyed sharing their love of family history, and temple service in St. George, Utah where they have owned a home for 20 years.

Fritz will be missed greatly by his family and his many lifelong friends and associates from West Valley City and Saint George. He loved his peaceful and comfortable home in Saint George, his attentive and kind neighbors, and the many years that he and Gayle were able to spend there together.

Fritz is survived by his daughters Kristin (Norm) Klein and Kim (Brent) Petersen; and son Kirk (Teree) Morawetz. Fritz leaves behind a legacy of 11 grandchildren and 24 great-grandchildren, who all loved their grandpa-great immensely.

A graveside service will be held Wednesday, October 28, 2020, 1:00 p.m., at the Richmond City Cemetery, 325 North 200 East, Richmond Utah. Arrangements under the care of McDougal Funeral Home.

The family regrets that we can’t honor him more traditionally at this time but would like to acknowledge his life next summer through an open house “Celebration of Life” at his favorite cabin home.

To send a flower arrangement or to plant trees in memory of Francis E Morawetz, please click here to visit our Sympathy Store.

To order memorial trees or send flowers to the family in memory of Francis E Morawetz, please visit our flower store.