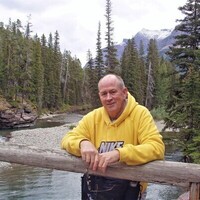 Floyd Robert “Bob” Garrison passed away peacefully in his sleep on Thursday, April 7, 2022 in the Pheasant Run Memory Care Center in South Jordan, Utah. We feel blessed that he is no longer suffering from Alzheimer’s Disease.

Bob was the first child born to Hubert Oscar Garrison and Flora Hansen on October 23, 1943, in Pocatello, Idaho. He was named after Flora’s twin brother, Floyd Henry Hansen. His parents called him Bobby and later in life he went by Bob. The Garrison family continued to live in Pocatello until they moved to California sometime before February of 1946. In 1948 they moved back to Idaho, first to Swan Valley and then to Mud Lake, Idaho, where they resided until after Bob graduated high school.

Bob grew up on a farm, so he learned to work hard and was always a handyman. He also taught each of his children to work hard and be dependable. Bob always loved, adored, and respected his mother. He never hesitated to do things for both of his parents whenever he visited them in Idaho, especially as they grew older.

Bob attended one semester at Idaho State University in Pocatello, Idaho prior to serving a two-and-a-half-year mission to Denmark for The Church of Jesus Christ of Latter-day Saints from November 1963 to May 1966.

After Bob returned home from his mission, he went to Ricks College in Rexburg, Idaho where he met his future wife, Cheryl Dawn Martak. They were married August 11, 1967, in the Salt Lake Temple, Salt Lake City, Utah. Bob and Cheryl raised their seven children in their home in Taylorsville, Utah from 1971 to the present.

Bob served in many Church callings, including Ward and Stake Clerk. He was always known as a hard worker, honest, and friendly in all his dealings. Bob worked and retired as a mechanic for the Granite School district where he was respected and loved by all.

Those who would like to participate in the service remotely are invited to join the live broadcast at https://youtu.be/gOBVOFyZwTE

To order memorial trees or send flowers to the family in memory of Floyd Robert Garrison, please visit our flower store.