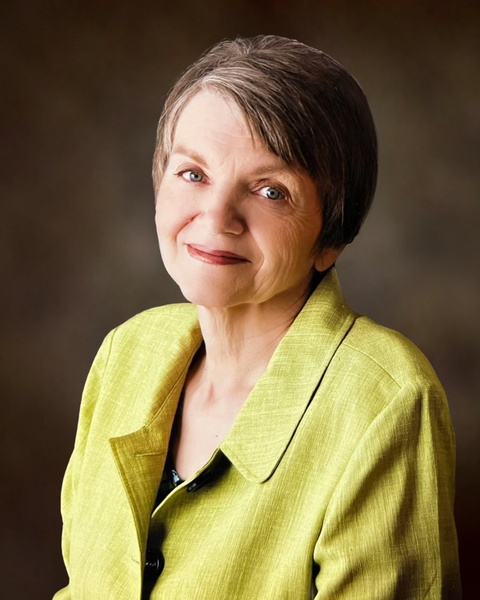 Florence Annette Capener, age 79, passed away unexpectedly but peacefully on Wednesday the 5th of October, 2022, at Timpanogos Regional Hospital in Orem, Utah, in the company of her husband John Capener and daughter Honor Mohr.

Annette was born May 25, 1943, in St. Anthony, Idaho, to DeLoy and Iris Beattie. She thought it a privilege to be the firstborn of their five children. She spent her early childhood years in Sugar City, Idaho, of which she had many fond memories. At the age of eleven, her family moved to Ammon, Idaho. After graduating from Bonneville High School, she continued her education with a year at Utah State University and a semester at Ricks College. It was in a drama class at USU that she met the man she was to marry. John and Annette were sealed in the Idaho Falls Idaho Temple on May 10, 1963. Utah or Idaho was always their home, and they made many dear friends raising their children in Taylorsville, Utah.

Annette enjoyed the arts: she acted, played piano, sang, read, and wrote poems and theatrical sketches. With her array of talents, she delighted her grandchildren with her wit, often engaging in personal conversation, board games, and excursions, including frequent visits to the library. She had an enthusiasm for life and an intellectual need to be filled. Researching family history was important to her and she involved her family in this endeavor. She worked diligently and we are blessed because of it. She was an active member of Daughters of Utah Pioneers.

Annette was a gifted teacher which included her employment as a seminary instructor to the adaptive needs youth. Following John’s retirement, they spent many years serving together in the church. This companionship would strengthen and bless their relationship. They worked in the Jordan River Utah Temple, and later the Salt Lake Temple. They labored as service missionaries in the Salt Lake Inner City Project (2005-2006); military relations senior missionaries in the Oklahoma Oklahoma City Mission for Sheppard Air Forde Base in Wichita Falls, Texas (2007-2009); and missionaries in the Utah Salt Lake City Central Mission (2012-2014).

Annette opened her home and arms to many family members and others in the community. Among the most cherished and foundational parts of her life were being a faithful wife, devoted mother, grandmother and above all a disciple of Jesus Christ. Despite her unique trials, her undeniable trust in Him allowed her to overcome. In her own words, “Our lives have been bound up in the gospel. [...] To know the truth is a necessity [...] to be happy, really happy.”

We love and adore you! We look forward to the day when we will be united again. Thank you for your faith, love, and service.

There will be a public viewing on Thursday, October 13, from 6:00 to 8:00 pm, at McDougal Funeral Home: 4330 South Redwood Road, Taylorsville, Utah. The funeral will be held on Friday, October 14, at 11:00 am, with a public viewing from 10:00 to 10:45 am, at The Church of Jesus Christ of Latter-day Saints meetinghouse: 1250 Atherton Drive, Taylorsville, Utah. Interment will follow at Taylorsville Cemetery: 4575 South Redwood Road.

Flowers may be sent to the funeral home.

To order memorial trees or send flowers to the family in memory of Annette Capener, please visit our flower store.