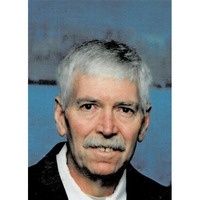 Eugene Antone Lee, beloved father, grandfather, brother, son, neighbor, and friend, passed away peacefully in his sleep on the night of May 6, 2021 at the George E. Wahlen Ogden Veterans Home in Ogden, Utah, with his family at his side.

He was born July 21, 1945, in Salt Lake City, Utah, the eighth of nine children of William and Silva Jensen Lee. He spent most of his childhood in Magna, Bacchus and Garfield and was a proud graduate of Cyprus High School.

Bud, as family and friends called him, joined the US Navy in 1965 and served for four years, spending time in Guam, the Philippines, Thailand, and Vietnam. He later served in the Utah National Guard.

Bud married Zola Clark on February 21, 1970 and immediately became an attentive stepfather to her four children. A fifth child was added to the family four years later. Bud and Zola remained married for 44 years until she passed away in 2014.

Bud was known for his intelligence, playfulness, generosity, and strong sense of humor. He was always willing to offer a helping hand, a piece of advice, a corny joke, or a funny story. He enjoyed reading, watching movies and television, doing crossword puzzles, woodworking projects, and collecting things. He had an adventurous streak and loved to try new things and go new places. He loved listening to classic Country and Rock music, and had a passionate interest in history, particularly from the Civil War and World War II.

He is preceded in death by his wife Zola Lee; his parents William and Silva Lee; his brothers LaVar and Bruce; his sisters Carma, Shirley, Ethel, Rayma and Madeline (Madge); and grandson Cody Wilson.

The family would like to express gratitude to the staffs of the VA Hospital, the University of Utah Hospital, McKay-Dee Hospital and the George E. Wahlen Ogden Veterans Home for their compassionate and understanding care for him in the final few weeks of his life.

To send a flower arrangement or to plant trees in memory of Eugene Antone Lee, please click here to visit our Sympathy Store.

To order memorial trees or send flowers to the family in memory of Eugene Antone Lee, please visit our flower store.