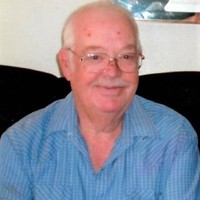 Emory Verl Robinson, 82, was called home to his Heavenly Father and many other loved ones on January 30, 2020, following a short time with cancer.

Emory was born July 1, 1937 in Hillard, Wyoming during the worst blizzard of the year, to William Theodore Robinson and Sarah Beatrice Gibson Robinson. It also snowed the day that he passed away.

He is a member of The Church of Jesus Christ of Latter-day Saints. He served a mission in the Eastern States Mission. Emory served in many callings including five Bishoprics before becoming Bishop of the 25th Ward. He also served four missions with his wife Kay.

Emory will be missed but will always be in our hearts.

To send a flower arrangement or to plant trees in memory of Emory Verl Robinson, please click here to visit our Sympathy Store.

To order memorial trees or send flowers to the family in memory of Emory Verl Robinson, please visit our flower store.