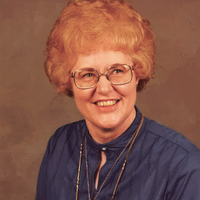 She lived a miserable childhood with three older brothers who were always teasing her, but she wouldn’t trade them for anything.

The family purchased a ranch in the Teton Basin where they spent many fun summers. Dad had  to stay in Tooele to work on and repair the schools in Tooele. Mom and the kids went to the ranch in the spring and returned to Tooele in the fall. They lived in a tent while they repaired the cabin that was on the property. The kids loved the rugged life of hunting and fishing, they tried to grow a garden, but the critters got most it. They milked a jersey cow and sold some of the cream in Driggs to supplement the grocery money.

After Graduation, In Tooele, Emma Lou worked at Mountain Bell Telephone and Telegraph Company operating the switchboard where she met and married Richard “Dick” Warburton who was a telephone lineman. They were married on April 14, 1949, in the Salt Lake Temple.

Richard Jody was born into the family in 1965. The family enjoyed traveling and camping, seeing all of the western states and Canada. Often traveling with aunts, uncles, and cousins. They loved to go to the lakes and boat, fish, and water ski. Spending time with family was a priority. They were on one of their trips when Dick had a stroke and when they got home, cancer was  discovered. He passed away in 1977 when he was 51.

Finding herself as a widow at age 49, she joined the Daughters of The Utah Pioneers organization where she has been an active member for 44 years. She volunteered to help with the Days of ‘47 Queen Contests for many years. She has held many different offices in the organization. Emma enjoyed attending programs, plays, movies. She supported anything that the grandkids were involved in.

Emma took classes in oil painting. Her family and friends have many of her beautiful oil paintings in their homes. She painted hundreds of them. She loved dolls and collected them. She loved handwork and crocheted many items for family members. She attended institute classes, singles activities and dances where she made many new friends and met and married Gregorio Trujillo. They were divorced 10 years later.

With her new friends, Emma Lou went on tours and cruises, she travelled many parts of the world.

Emma married Norman Lister in 2005. She enjoyed being part of the Lister Family. His kids: ReNae and Ron Johnson, Sherma and Tom Zimmerman, Mark and Kim Lister, Karen and Mark Strebel ,were so good to her, and she gained many more grandchildren and great grandchildren. They moved to Rigby, Idaho where they enjoyed living in the country near his son Mark. Emma didn’t enjoy the cold winters, so they moved to St George, Utah for the winters and spent their summers in Idaho. Norman died in 2014. Emma was a widow again.

Emma enjoyed living in her little home in St George at the Dixie Downs Resort. Later living with her daughters; Susan in St George, Connie in Kanab, and Vickie in Taylorsville. Her  daughters really enjoyed spending this time with her.

She is survived by Vickie and (Roger) Oviatt, Connie and (Lemuel deceased) Burnett, Susan and (Ronald) Ellison, Jody and (Julie) Warburton. Also, by 10 grandchildren and 25 great-grandchildren.

Emma Lou has a valiant testimony of Jesus Christ and His role as our Savior and Redeemer. Her life was a great example to children and grandchildren of a beloved daughter of God. She is so grateful for her ancestors who worked and sacrificed and for the hardships they endured for the gospel.

We, her family, are so grateful for her life example, her love, her teachings, her tenderness, her talents and artistic abilities, her service, and her testimony. She endured faithfully to the end. We love her and will miss her; we look forward to seeing her again.

In lieu of flowers, please donate to The Church of Jesus Christ of Latter-day Saints general missionary fund.

Services can be viewed through zoom:

Dial by your location

To order memorial trees or send flowers to the family in memory of Emma Louise Bevan Warburton Lister, please visit our flower store.