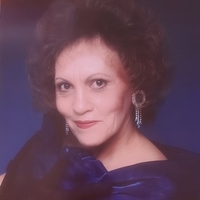 Preceded in death by her parents, Eloisa and Rogelio; and son Leonard Jr.

Elsie was born in Cleveland, New Mexico and moved to Cheyenne as a young girl where she met Leonard and got married on November 24, 1962.  Leonard and Elsie moved to Salt Lake City in 1967 where they had 6 amazing children.  Elsie was best known for being a great mother, always looking after her children and keeping them first in her heart with Leonard.  She also worked as a machinist for several years where she was known for her side skills at gambling on sports.  Her spare time was often spent on fun trips to Nevada and family trips to Cheyenne.  She was always an active and committed member of the Catholic church as well as a catechism teacher for many years.  After retiring she was best known for having family gatherings and making 100s of tortillas and tamales.  Always, smiling, laughing, dancing, and cherishing those times with family.  Elsie will be laid to rest at Mt Calvary Catholic Cemetery in Salt Lake City.

A viewing will be held on Thursday, 9 December, from 6-8pm at McDougal Funeral Home, 4330 South Redwood Road, Taylorsville.  A funeral mass will be held at Saints Peter and Paul Catholic Church, 3560 West 3650 South, West Valley City, Utah on Friday, 10 December at 10am, with a viewing one hour prior.  An open house will follow at the Ramirez’ house at 3552 West Christy Avenue. Condolences can be offered at mcdougalfuneralhomes.com

To send a flower arrangement or to plant trees in memory of Elsie Ida Ramirez, please click here to visit our Sympathy Store.

To order memorial trees or send flowers to the family in memory of Elsie Ida Ramirez, please visit our flower store.