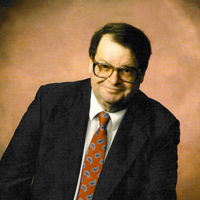 Dick Adolph Taggart, beloved husband, father, grandfather, and friend, returned to his Heavenly Father Monday morning, May 11, 2020. He passed away peacefully from heart failure. He was 81.

He was born Jan 8, 1939 to Nina Marie Anderson and Louis Wesley Taggart, in Afton, Wyoming. He is the oldest of three boys. He grew up in Smoot, Wyoming on a dairy farm. He and his brothers, Ron, and Max were the pride of their parents’ hearts. They milked cows together, farmed together, and worshipped together. They enjoyed fishing, hunting, and camping and had a close family life.

As a youth Dick, (which is his real name), loved sports. He enjoyed reading and learned to read extremely fast. He played the trumpet and participated in the Star Valley High marching band.

On a Seminary trip he sat in the choir seats in the Tabernacle and listened to someone play “Come, Come Ye Saints,” on the organ. It was such a powerful rendition that he never forgot it and always loved that hymn. He wanted it sung at his funeral.

He loved classical music and it was always turned on in his vehicle.  "Dick also loved hats and had one for every occasion!"

He graduated from high school and went on to learn refrigeration at the Central Utah Vocation School, which is now UVU.

He was born of goodly parents. As a member of The Church of Jesus Christ of Latter-day Saints he earned an “Individual Award” every year at MIA. One year he got an award for 100% attendance, not easy when you had to get the milking done first. He was the first person in the Smoot Ward to earn the DUTY TO GOD AWARD.

He served his country through the National Guard.

On September 2, 1958, he married his sweetheart, Mary Ella Fluckiger, in the Salt Lake Temple for time and all eternity. They had 6 children. They have been married for almost 62 years and have built a wonderful life together.

Dick loved the outdoors and was always ready for an adventure. He took his children camping many times.

He had a great sense of humor and was a great storyteller. He had tons of stories about his dad, his grandfather, and his Uncle Frank. He especially loved the stories that he heard as he traveled with them in the old Packard car. He told his grandchildren many times about the “alligators in the basement,” or his times helping Paul Bunyan and his big blue ox, or when he and John Wayne were conquering the West!

He was  always prepared with a good joke or funny story for any occasion and knew how to take the edge  off a difficult situation. He was an easy person to get to know and to like. He was known for his sweet and gentle nature and for the inclusion of everyone.

As a dedicated member of the Church, he served wherever he was called. He has fond memories of serving in the scouts with his sons and of helping those in need. He served as Secretary in many organizations including the Young  Men and Elders Quorum. He loved the children in Primary and was humbled when he was called as High Priest Group Leader, where he served with dignity and love.

He was grateful for the Lord’s trust in giving him responsibilities, and for the lessons he could pass on. He blessed many people through his devoted service.

He had the opportunity to open the 11th Kentucky Fried Chicken store in the San Francisco Bay area in the 1960’s, as a franchise co-owner. Here he received much growth in management skill and customer service. He won many prestigious awards, including being in the Top Ten one year. He and Mary earned trips to many places including Mexico City, Hawaii a few times, and other places. He also got to work with youth as their employer. He learned to love them, and they loved him.

As his children grew, he wanted to bring them back to Utah so they could be closer to the Church and to family. He sold the business in 1977 and returned to Utah.

As an entrepreneur he tried many businesses, including fast food and finally a janitorial franchise. He took classes in business law and trained in accounting. He had a small business doing people’s taxes.

Dick has had congestive heart failure since 1982; 42 years, which is a miracle. He has had many heart procedures. He had been on oxygen for 15 years. The Lord has renewed his life over and over, for which we are grateful.

In 1985 he had a serious accident at work and did not walk for over a year. This was a time for him to build a special bond with his young son, Brian.

Later, after a medical retirement for heart failure, he became a School Crossing Guard for 6 years. He loved the children, and they loved him.

He has lovingly supported his wife in her various callings of service in the Church. He patiently allowed her to be gone for many hours during the day, year after year, never complaining, often cooking his own meals, and then sleeping alone, as she worked nights. He was devoted. He often expressed his thanks to her for caring for him.

He is the father of 6 beautiful children; grandfather of 16; and has 17 great-grandchildren. He is survived by them and his wife, Mary Ella Fluckiger; and children: Teresa Marie (Mike), Dick Terrell (Cindy), Troy Louis (Erica), Carolyn Ann (Mark), and Brian Wilford (Laura).

He is preceded in death by his parents.

The family is grateful for the many years of loving care he has received from all the medical personal at IHC, as well as the Hospice personal. They have extended his life and have been wonderful. They also thank the many beloved family and friends for their great support and love.

Interment will be at the Larkin Sunset Gardens on 10600 South 1950 East, Sandy, Utah. Due to COVID 19, private services will be held May 18, 2020 at McDougal Funeral Home in Taylorsville, Utah. Online streaming is available starting at 11AM. Please contact the mortuary or a family member for the site and password.

To send a flower arrangement or to plant trees in memory of Dick Adolph Taggart, please click here to visit our Sympathy Store.

To order memorial trees or send flowers to the family in memory of Dick Adolph Taggart, please visit our flower store.