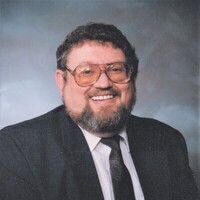 Dennis Eugene Zobell, our beloved family patriarch, passed away on July 18, 2021, at his home in West Valley City at the age of 72.

Born in Magna, Utah on April 2, 1949, to Mildred Davis and Clarence Owen Zobell, Dennis was an exciting addition to a family that had lost their first son, Dallas, just a few years earlier. Dennis was a cute, curly-haired kid and was spoiled by doting parents, grandparents, aunts, and uncles.

In 1951, his family moved to a home on Sandhill Road in Lakeview, Utah, where he grew up, earned his Eagle Scout award, and attended Orem High School—and where his sister Kathy and brothers Phillip, Richard and Ronald were born.

After his father’s death in 1967, Dennis helped support his family. After careful thought about leaving his widowed mother, he served faithfully in the Central British Mission and later attended Brigham Young University. Throughout his life, he maintained a deep affection for the English people and for the BYU Cougars.

On September 1, 1971, he was married and sealed for time and all eternity to his sweetheart, Cheryl Rae Christensen, in the Salt Lake Temple. Their first home was a single-wide trailer that he worked multiple jobs to afford as they began their life together. They enjoyed living in the trailer court and meeting other newly married couples who were also attending BYU. With a job lined up in Las Vegas, the two sold their trailer and moved in with Cher’s mom in Salt Lake City. The employment opportunity in Nevada soon fell through and he worked at several different jobs to provide for his growing family.

Always a hard worker, Dennis started his own retirement plan business in 1980. Through much sacrifice and several mergers, the company grew over the years. Over time, “the business”— Alliance Benefit Group Rocky Mountain—employed many people, including Cher and each of his four grown children, and became an important part of his life. He knew that his employees and their families relied on him for their livelihood, and he took that role as employer very seriously. Dennis enjoyed many long-standing professional relationships over the years and always valued everything the business provided.

Dennis’ personal philosophy was “Work Hard, Play Hard” and he did just that. Dennis loved to travel, go on cruises, and experience new places and cultures. He was always working on a new binder full of excursions and itineraries for his next adventure. He and Cher were able to visit all seven continents, and he would bring home many treasures from their travels.

Dennis was a lifelong member of The Church of Jesus Christ of Latter-day Saints, and his faith was central to how he lived. Throughout his life, he served in many church callings and enjoyed serving the Lord in various capacities, including as gospel doctrine instructor in the Taylorsville 12th Ward. During their travels, he and Cher would try to visit any temple they could, and they performed weekly sealing ordinances in the Jordan River Temple for many years.

Dennis loved gathering with his family, especially around the holidays. He loved everything about Christmas and enjoyed the house being decorated and looking festive. He loved holiday music so much that he would listen to it all year long. He would always make each person feel so special and would get so excited to give gifts that sometimes he could not wait and would give them early.

Dennis’ greatest joys and proudest moments came from his children—William Jeffrey Zobell (Kristy), Jenni Lyn Zobell, Chelsea Rae Walker (Ryan), Dallin Brett Zobell (Deanna), Colby Dennis Zobell (Emily)—as well as his 10 grandchildren and one great-grandson. He loved spending time with each family member, seeing their pictures, and hearing about all the things going on in their lives. Some of the best family memories were from time spent together in their swimming pool, playing games, and going on road trips, cruises and to Disney World.

Above all else, Dennis loved Cher. For nearly 50 years they were best friends, loving caretakers, and true partners in life. Whether they were vacationing around the world, working side by side at the business, or simply sitting in the comfort of their living room, they were together and enjoyed each other’s company. As eternal companions, their eventual reunion will be a glorious and wonderful moment.

Dennis is preceded in death by his parents, Owen and Mildred, his older brother, Dallas, and his daughter, Jenni Lyn.

Funeral services will be held on Monday, July 26 at 10:30am at McDougal Funeral Home, 4330 South Redwood Road, Taylorsville, Utah. Additionally, a livestream of the service will be available on https://vimeo.com/577356336. Interment will be at the Spanish Fork City Cemetery, 420 South 400 East, Spanish Fork, Utah.

To send a flower arrangement or to plant trees in memory of Dennis Eugene Zobell, please click here to visit our Sympathy Store.

To order memorial trees or send flowers to the family in memory of Dennis Eugene Zobell, please visit our flower store.