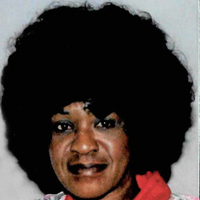 Deborah Jane Zander, age 77, passed away peacefully on May 23, 2020 due to complications from renal failure.

She was raised in Fayetteville, NC until the age of 17 when she set out on her own. Fast forward a few years, she ended up in Salt Lake City where one of her first jobs was as a (don’t laugh) nanny. I learned of this only a few years ago. If she had a sense of humor, I would have thought it was a joke. Later on, she met my dad. If it’s true that opposites attract, that couldn’t have been truer. In October of 1967, they had a beautiful girl named Angela. Mom was already pregnant with me when Angela was diagnosed with Leukemia and passed away two years later. It was during this time when Mom started her 40-year career with St. Marks Hospital.  She was a nurse’s aide until receiving her nursing degree in 1988. Those that knew here didn’t dare get on her bad side. She didn’t take crap from anyone, not even the doctors. She made a few enemies with that attitude but also gained a lot of respect.

After she retired in 2007, she enjoyed doing what she wanted and when. Her most recent title was Cat Wrangler. Growing up she hated animals. She said they would always chase her or try to bite her. But in the end, she was taking in any stray that looked hungry or cold. Even the ones that had a collar would get something to eat if they gave her that hungry look. “Their people must not give them good food”, I would hear. She and I would always say we must be senile to take in all these animals. Never did she expect to love them so much.

Finally, I want to thank Mike and family for all their love and support through the years. Also, I want to thank Laura Keating for keeping in touch with Mom even though it had been many years since you worked together. It really meant a lot to her. Thanks also to Doina, Holly & Kay at IMC Dialysis. May you rest in peace Mama. You will be missed so much. I can’t wait to see you all again.

She requested no formal services; “Just put me in the ground and bury me. If they didn’t care about me when I was alive, why should they care when I’m dead.”

To send a flower arrangement or to plant trees in memory of Debbie Zander, please click here to visit our Sympathy Store.

To order memorial trees or send flowers to the family in memory of Debbie Zander, please visit our flower store.