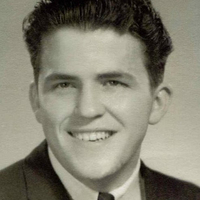 David R. Allen “Davey”, passed away on September 28, 2019 in Davis County. Davey was born in Salt Lake City Utah on May 7, 1943 to Alva Leonard Allen and Dorothy Lucille Allen.

Davey went to East High School in Salt Lake City Utah and then went on to attend the University of Utah where he received a Teaching Degree in History.

Davey Worked for the Denver Rio Grande Western, the Missouri Pacific and the Union Pacific Rail Roads. Davey took immense pride in his work, his job took him all of over the country and he has lived in the states Texas, Missouri, Mississippi, Tennessee, and various other states and of course lastly, Utah.

Davey was friendly and well liked within his community. He was most content when he was playing card games or board games with the family around the dinner table. Davey was a jokester, always making other people laugh. Davey had a deep passion for all animals. Davey will be deeply missed by all who knew him.

Davey enjoyed traveling, gardening and spending time with his family.

Davey is survived by his nephew George L. Killey and his niece Dorothy Allen.

Davey is preceded in death by his parents; his brother Dan; and his sister Francis.

A viewing will be held on Friday, October 4, 2019 from 10:00am to 11:00am followed by funeral services beginning at 11:00am, at McDougal Funeral Home, 4330 South Redwood Road in Taylorsville. Interment will be at Wasatch Lawn Memorial Park, 3401 South Highland Drive in Salt lake City.

To send a flower arrangement or to plant trees in memory of Davey Allen, please click here to visit our Sympathy Store.

To order memorial trees or send flowers to the family in memory of Davey Allen, please visit our flower store.