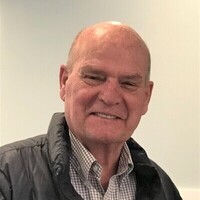 Our dear husband and dad, Darrell Ivan Kinder, passed away peacefully on Friday, February 11, 2022. Darrell was born in Salt Lake City on November 7, 1944, to Eddie and Irene Hayden Kinder.

He graduated in 1963 from South High School and then joined the Army. He served his country honorably for two years in Germany. He worked in construction as an industrial insulator for over 35 years.

He married Nancy Bryan on March 5, 1971. They were sealed together for time and eternity on June 16, 1978 in the Salt Lake Temple. They are the parents of six children. Darrell loved the outdoors and spending time with his family. Many happy family memories were made over the years going camping, riding motorcycles, hunting, boating, water skiing, and 4-wheeling. Darrell loved scouting. He was an Eagle Scout and was proud that all his four sons were Eagle Scouts. He served as Scout Master for many years and was a great influence in the lives of the young men.

He was a faithful member of The Church of Jesus Christ of Latter-day Saints. He and his wife served as missionaries at Heber Valley Girls Camp in 2012 and 2013. They also served as Guest Service Missionaries on Temple Square for three years.

He was preceded in death by his son Jeff; and his brother Ken.

To order memorial trees or send flowers to the family in memory of Darrell Ivan Kinder, please visit our flower store.