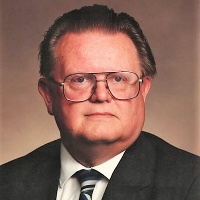 Darel Bruce Neilson, 83, passed away on July 8, 2019 after a long battle with Alzheimer’s. Darel was born on Dec. 30, 1935 to Quinton Howard and Elva (Oleen) Neilson. On Feb. 16, 1956, he married his honey, Karen Brown, who passed unexpectedly in 2016. Prior to their sweet reunion in Heaven, the couple raised 7 children and their posterity includes 26 grandchildren and 24 great-grandchildren, all of whom miss them dearly.

Darel was raised in Holladay, Utah at the foot of his favorite peak, Mount Olympus, which he stood atop 14 times. It was there he cultivated his love for the mountains and his many passions, including photography, astronomy, Utah history, rock hounding, hiking and running. Darel fully pursued his interests. He completed 15 marathons, summitted numerous peaks – including Mt. Timpanogos 17 times – and served on the advisory boards for both the Beehive Track Club and the Utah State Parks. When he wasn’t out with his friends and family experiencing his hobbies, he could be found in his rocker reading about them. He amassed a collection of books and guides any nature enthusiast would envy, and he read and added notes to each one.

Darel worked with General Electric and Utah Power and Light until he started a 32-year career with the FAA as an Air Traffic Controller in Salt Lake City. “Diz,” as he was known by fellow controllers, was a friend to all.

Service was no stranger to Darel. He enjoyed volunteering with Books for the Blind, recording college textbooks and manuals once a week for two years. He served in many church callings, including Bishop of the Granger 25th Ward. Darel had a strong testimony of the Gospel and of our Savior, Jesus Christ, which he says made it possible to give many hours of church service “without too much whining.”

Darel was preceded in death by his parents; brother, Roger; son, Mark; and his sweetheart, Karen.

We wish to thank the staff of The Ridge Senior Living; and Active Home Health and Hospice for their care and friendship to Darel in his final days.

To send a flower arrangement or to plant trees in memory of Darel Bruce Neilson, please click here to visit our Sympathy Store.

To order memorial trees or send flowers to the family in memory of Darel Bruce Neilson, please visit our flower store.