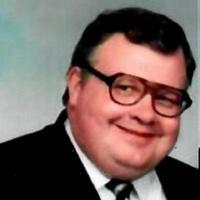 Dale grew up in Malad, Idaho. He served a mission for The Church of Jesus Christ of Latter-day Saints in the Brazilian South Mission. He graduated from Brigham Young University in Electrical Engineering & Technology. Dale married Vera Jaylene Storrs for time and all eternity in the Provo Temple on July 12, 1974. They had three sons: Aaron, Nathan, and Ryan. Dale worked for Deseret Generation & Transmission Co-Op in Sandy before retiring. Dale owned his own real estate company with his wife, Jaylene, and was a licensed broker and property manager. He worked as a Temple Sealer in the Jordan River Temple and Draper Temple.

Dale was preceded in death by his parents, Jack and Louise; and his brother Neil. He is survived by his wife Jaylene; his sons Aaron (Elaine), Nathan (Jessica) and Ryan (Vanessa); 10 grandchildren; siblings Debbie (Mike) and Ed (Annette).

To send a flower arrangement or to plant trees in memory of Dale Isaac Brinkerhoff, please click here to visit our Sympathy Store.

To order memorial trees or send flowers to the family in memory of Dale Isaac Brinkerhoff, please visit our flower store.