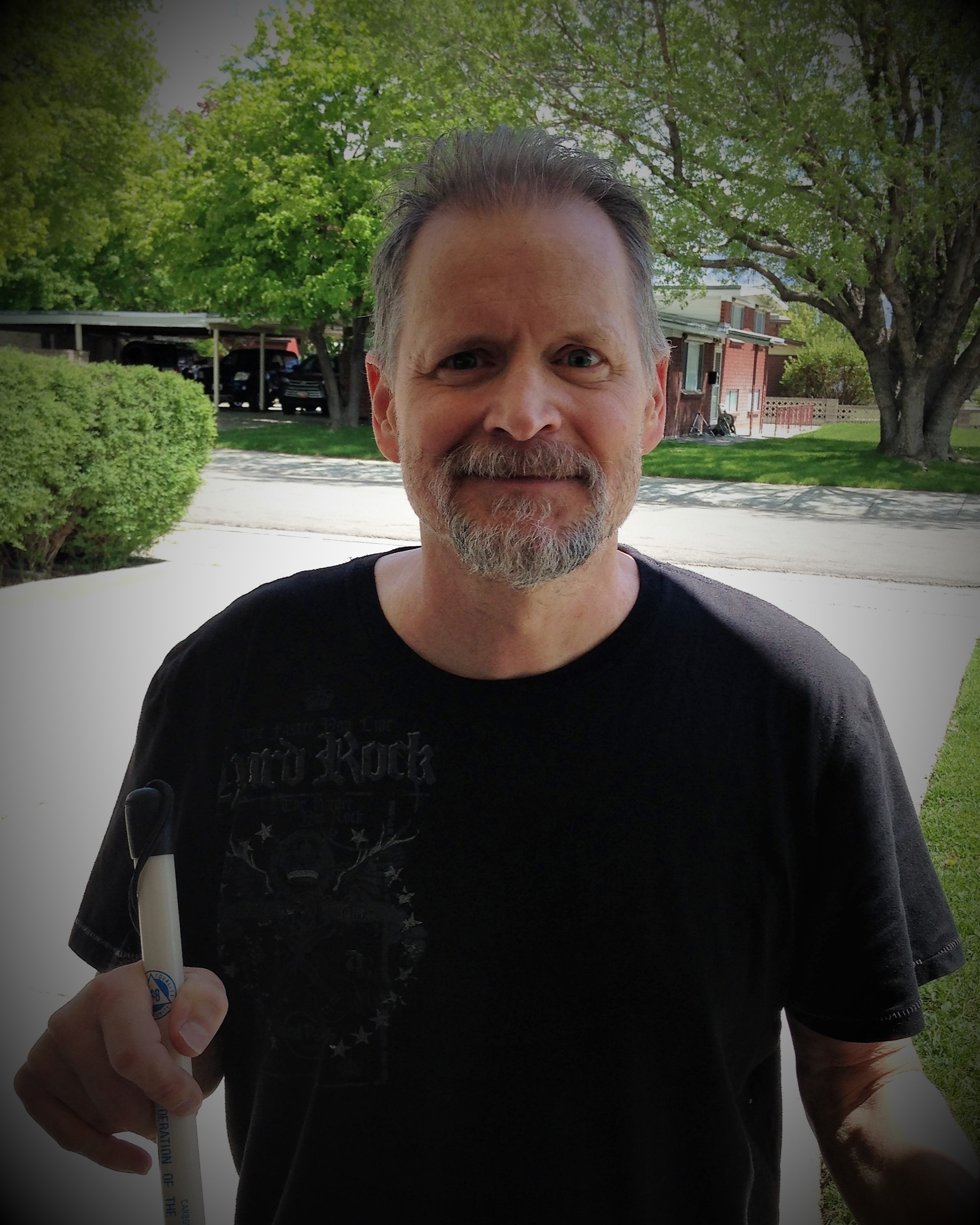 Curtis Wayne Wilde, a beloved Brother, Uncle, Father & Friend fought many battles in his life. As a cousin said, “He never had it easy, but he stood fast.” Curtis fought constant migraines, kidney disease, diabetes, neuropathy, and in recent years blindness (2018). Despite his athletic spirit, his body said, “No more”. He passed away November 30, 2022, at the age of 59.

Curtis lived in Granger, Utah during his early years. In 1970, the family moved to Taylorsville, Utah. He attended Cottonwood High School where he enjoyed art, woodworking, and swim. Curtis loved the outdoors: water skiing, snow skiing, bicycling, camping, deer hunting, and spending time with his family. Many will remember him with his truck: Big Red. Curtis was an avid Scouter. He became an Eagle Scout in 1977 and was a Scout Master for many years.

His daughter, Kassidy, was born in 1994 and was his whole world. When she was young, you could catch them bike riding, snow skiing, and playing outdoors. He would get her ready for daycare in the morning. Often she would go with him to the shop and help him there. She loved to sweep. He cherished every minute he had with Kassidy.

Curtis worked hard and long hours for his family. He was an estimator in the Exhibits & Design Manufacturing Field. He was a master at woodworking. His creative mind was always at work.

When his mother got breast cancer for the second time in 2016, he was right by her side. Taking her to appointments, holding her head when she was vomiting from the effects of chemotherapy.

Curtis is the kindest man you’ll ever meet. He brought joy to others and inspired them to go beyond what they thought they were capable of.

In the summer of 2019, Curtis moved into the Legacy Cottages of South Jordan (now the Beckstead). There he made MANY friends who became family. He loved the all-inclusive community! There were exercise classes, swimming (he loved to swim!), breakfasts, people who love to serve and happily took him to his appointments, and on and on. The last 3½ years Curtis really lived a good quality of life!

Thanks to the Wasatch Adaptive Sports, Curtis was able to snow ski and bike ride after he went blind. He even participated by snow skiing in the Forever (Steve) Young Foundation Fundraiser. He also participated in the Summit Challenge, biking 25 miles. Thanks to the Moran Eye Center, Curtis got the support he needed, “Blind people are still the same as they were before, they just need to find a new way of doing things.” Some of the members of that group would listen to Curtis and hear what he was doing and say to themselves, “Well, if he can do that, I can face my fears and do things.”

A Big Thank You to the Staff at Jordan Valley Hospital who cared for Curtis in his final days. The staff there is AWESOME!

Curtis was born August 30, 1963, to Wayne & Marla Weight Wilde. He was preceded in death by his parents Wayne and Marla Wilde. He is survived by his daughter Kassidy (Camille, her Mom), sister Barbara (Paul) Fullmer, brothers Robert (Tina) Wilde, Gary (Sherri) Wilde, and many nieces and nephews.

Go in peace, Curtis. You have lived a good life! Now you can succeed in ways that your earthly body was limiting you and you can have a peaceful rest and joy in the hereafter. Love you, Bro!

In lieu of flowers, please donate in Curtis’s name to:

memo: In memory of Curtis Wilde for the Patient Support Program

memo: In memory of Curtis Wilde for the Patient Support Program

To order memorial trees or send flowers to the family in memory of Curtis Wilde, please visit our flower store.