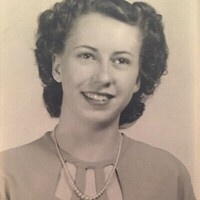 Our mother, grandmother and great-grandmother passed away March 7, 2021. She was born on April 24, 1930 to James Edgar Pitcher and Joan  Miles Pitcher in Smithfield, Utah.

She grew up and graduated from North Cache High School. She was a life-time member of The Church of Jesus Christ of Latter-day Saints. She married Ibrahim Rifaat on July 1, 1949. He was from Cairo Egypt and a graduate student at the Utah State Agricultural College in Logan, Utah, where he received his M.S. degree. They then moved to College Park, Maryland where he received his Ph.D. degree from the University of Maryland. They had two sons in Maryland and after they moved to Egypt in 1955, they later had a third son. Cleone lived in Egypt for 32 years. She taught school, 2nd grade primary for 18 years in an English language school. Ibrahim passed away in April 1987 and so she and her youngest son returned to America. Their oldest son and his wife were already living in West Jordan; their middle son and wife stayed in Egypt.

She is preceded in death by her parents; and three older brothers, Ed, Hal and Richard; and a grandson.

To send a flower arrangement or to plant trees in memory of Cleone Pitcher Rifaat, please click here to visit our Sympathy Store.

To order memorial trees or send flowers to the family in memory of Cleone Pitcher Rifaat, please visit our flower store.