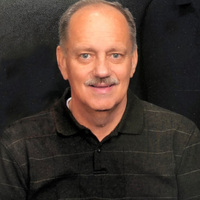 Charlie was born on November 22, 1957 in Garden City, Kansas to Charles Henry Hall and Juanita Rose Hall. He enjoyed and frequently spoke about working with his dad and brothers at the family body shop in Lakin, Kansas. He had a strong relationship with his father and treasured it all of his life.

Charlie graduated from Lakin High School in Lakin, Kansas in 1975. He went to Midwest Christian College in Oklahoma City, where he played baseball and played the bass guitar. He went on to graduate from the University of Phoenix with a Bachelor of Business Administration in 1992.

Charlie worked as a Director of Integrity Management and Reliability Services at Centuri Group in Salt Lake City, Utah. Charlie began his career in the natural gas pipeline and corrosion control industry in 1978 in Lakin, Kansas. In 1982, Charlie moved to Rifle, Colorado and eventually moved to Salt Lake City, Utah in 1988. He lived the remainder of his life in Salt Lake City, with short moves to Texas, Michigan, and Oklahoma. Charlie always said if you find a job you love, you will never have to work a day in your life. He was passionate about his work and he loved what he did. Both at home and at work, Charlie was full of life and he was relentless in the pursuit of his goals. His mind was always running - he was constantly thinking of, planning for, and communicating what needed to be done.

Charlie loved people. He has served at Life Church (formerly Valley Assembly of God) since 1988. He had a passion for service and leading others to Christ." His love for others was shown through his daily life. He especially enjoyed his work with the Men’s Ministry, as well as hosting a bible study on Sunday nights at his home in Riverton, Utah. Charlie was known for his big heart and compassionate spirit.

Charlie was preceded in death by his father, Charles; his mother Rose; and his little sister Melissa Sue.

Ephesians 3:20 (NIV), “Now to him who is able to do immeasurably more than all we ask or imagine, according to his power that is at work within us.”

To send a flower arrangement or to plant trees in memory of Charlie Hall, please click here to visit our Sympathy Store.

To order memorial trees or send flowers to the family in memory of Charlie Hall, please visit our flower store.