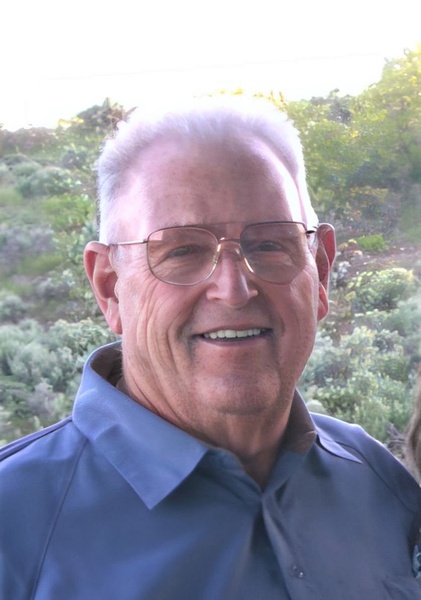 Grandpa Bud inherited his love for, and memory of people from his dad, Great-grandpa Jake. He was extremely proud of his family and grandchildren's accomplishments. With any introduction to one of Grandpa's neighbors or friends they already knew so much about us. We knew we were loved.

Grandpa was a child and product of the depression whereby he developed fortitude, ethics of hard-work, resiliency, and a drive to succeed. He shared stories in early childhood trapping muskrats before and after school to help pay for things at home. He loved his parents and family lineage who were artists and craftsmen. He shared stories of their lives and held a real sense of pride attempting to pass it on for those in his future posterity.

He was an excellent marksman and hunter and thoroughly enjoyed the outdoors. He also excelled at powerlifting and set a Utah State record for the deadlift which stood for many years. This enthusiasm led to his involvement with his three sons and several nephews coaching little league football, achieving undefeated titles in their seasons. He truly cared for the kids on his team and saw his role as coach and mentor teaching life skills to his players, his concern for each of them individually was evident many years after their last game together. It was a joy to see his excitement as his grandsons also played football giving enthusiastic input and advice. Ever the competitor, he spoke of long past undefeated arm wrestling conquests, the evidence being his 21 inch forearms.

Like many of his generation at 18, Grandpa Bud was drafted into the Korean war and became an avid patriot of America and service members, supporting the Wounded Warriors and Paralyzed Vet's organizations. His patriotism was often displayed and was easy to spot on or in his home.

He was a craftsman and artist. His home is filled with beautiful paintings he created from a young age to his retirement. At one point during his 40 years at Kennecott as a boilermaker, he was sought out for his skills and welded components on the prototype of the first artificial Jarvic heart. He shared his love by creating special projects for his family and neighbors that were built to last, from keepsake dressers, picture frames, cedar chests, construction trailers and equipment, and an elaborate 45-foot fifth wheel trailer which he and Grandma enjoyed traveling across the country. He found service through his home teaching assignments, and taking care of those under his auspice whether it be those he was assigned to, or handicapped children he took under his wing who rode on the bus he drove for the Granite School District ten years subsequent to his retirement from Kennecott Utah Copper. He befriended those children doing kind deeds to make them feel special, cared for, or fixing their devices they depended on in order to make their lives easier.

In his final years, Grandpa Bud became as sweet as the forbidden ice cream he'd hidden in the back of his freezer and loved to share stories of his life and the experiences of dozens of missionaries who lived in his home. We will miss his encouragement, bear hugs, and cherish our remaining time with his sweetheart, angelic wife, Grandma Kathy.

To order memorial trees or send flowers to the family in memory of Charles "Bud" DeBry, please visit our flower store.