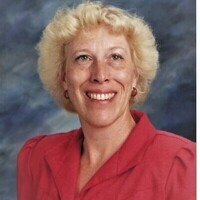 Carolyn Sagers passed away peacefully at her home in Taylorsville, Utah on July 29, 2021, at age 75, after a lingering medical condition.

Carolyn was born in Salt Lake City, Utah on September 4, 1945, when her parents, Willard and Geraldine (formerly Brown) Sagers, lived at Deseret Chemical in Tooele County. The family moved to Tooele soon after her birth where Carolyn grew up and attended Tooele schools making many lifelong friends. She was an excellent student, served as pep club president, student body business manager and historian, and participated in other activities at Tooele High School. She kept track of all the class reunions through the years. Carolyn graduated with honors in 1963. She attended college at Brigham Young University graduating in elementary education in 1967. She earned a master’s degree in education from the University of Utah.

As a teacher of primary grades in elementary schools in the Salt Lake and Granite School Districts for 38 years, she taught thousands of children to love learning through creative role play, music, and activities.

As the daughter of a rancher and a schoolteacher, she learned the value of hard work and education at a young age. She was intelligent, creative, and willing to put in the effort to do a good job at whatever she undertook. She was upbeat, positive, and good natured throughout her life, always ready to accomplish something for good – even when it became difficult.

Carolyn was a member of The Church of Jesus Christ of Latter-day Saints and set an example of faithful service. Her unshakeable testimony carried her through good times and hard times. For more than 15 years, she served as the single adult leader for the Salt Lake Valley. She loved music and was an expert pianist/organist. Two of her favorite church callings were primary chorister and choir director. She served five years as organist for Latter-day Saint Church services at the Utah State Prison.  She served faithfully in many other callings in the Church including ward relief society president. She worked diligently on family history and temple work throughout her life, but particularly during her last years.

Extended family, the Church, being a friend, and teaching children were most important in her life. She was a devoted daughter and a loving sister. She faithfully placed phone calls on their birthdays to congratulate her six younger siblings, their spouses, her many nieces and nephews and great nieces and nephews.

The family is grateful to her medical teams and caregivers who worked diligently to improve her life and keep her comfortable to the end.

A viewing will take place at McDougal Funeral Home, 4330 South Redwood Road, Taylorsville, Utah on Thursday, August 5, from 6 to 8 p.m. A second viewing will take place on Friday, August 6, at 10 a.m. at the Bennion Heights Ward building, 3555 West 5620 South, Taylorsville, Utah followed by a funeral at 11 a.m. Interment will be at 3 p.m. at the Tooele City Cemetery.

Friends and family may attend virtually at: https://youtu.be/0BT8r5rsMbU

To send a flower arrangement or to plant trees in memory of Carolyn Sagers, please click here to visit our Sympathy Store.

To order memorial trees or send flowers to the family in memory of Carolyn Sagers, please visit our flower store.