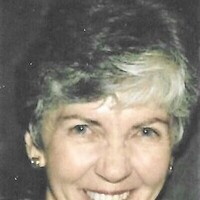 Carolyn Springman Kendall passed away September 20, 2021 at the age of 82.

Born in Loup City, Nebraska to Claris E. and Lucille R. Springman. She met Bob Kendall who she later married; that marriage lasted 62 years. Together they had two children Bruce R. (Diane) Kendall and Shari (Maurice) Garceau. They had three grandchildren and four great-grandchildren, and one expected in January.

Carolyn worked at the phone company and Howard Driggs Elementary School and amassed 5233 hours as a volunteer at Cottonwood Hospital; she was awarded a lifetime membership as an Auxiliary Volunteer.

She was a Jobs Daughter in Bethel 1 and later a Bethel Guardian in Bethel 7. She was a Brownie Scout and Cub Scout Den Leader and a PTA President at Twin Peaks Elementary.

Bob and Carolyn had a close group of friends who traveled, fished, camped, and partied together for over five decades.

Carolyn wanted no funeral services and the family requests no flowers due to allergies.

A special thanks to the people at Active Hospice for their great care. The service of nurses Amanda and Cassandra was more than appreciated.

To order memorial trees or send flowers to the family in memory of Carolyn Springman Kendall, please visit our flower store.