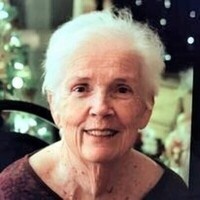 Carol Dawn Reynolds Riggs, age 78, beloved mother, grandmother, sister, aunt, teacher, and friend passed away peacefully due to cancer in her Taylorsville, Utah home on June 21, 2020. She was born to Ardith Dawn Goulding Reynolds (Atkin) and Samuel Asa Reynolds on September 29, 1941 in Murray, Utah. At the age of eight she moved with her family to Pasco, Washington where she stayed until she graduated from Pasco High School. She attended Jr. College at Ricks College and then completed her bachelor’s degree at Utah State University to become a teacher.

After college, she married Ronald Golding Riggs and they lived in Provo, Utah and then Hawaii while he completed his schooling and she taught first grade in her bare feet; it’s one of her favorite memories. They moved often as part of Ron’s Navy position. As they became parents, they moved all over the East coast and then to Puebla, Mexico while Ron did some archaeology digs for his education. When her oldest child, Tonja, was ready for Kindergarten, Carol was ready to settle down. Together, she and Ron bought a home in Taylorsville, Utah, where she lived for the remaining 47 years of her life.

Carol stopped teaching when she became a mother. She was devoted to her four children, and always put their needs and comfort before her own. She stayed home with her kids until her youngest, Wendy went to Kindergarten. She and Ron divorced that year, and she went back to work. She returned to the workforce, starting out as an assistant in a Special Education classroom, but quickly became the teacher, even as she was still updating her credentials. She had such a gift for the niche she found within the education system. She understood her students’ disabilities, but she never focused on that – instead she focused on their capabilities. She taught them independence through the city bus system, applying for jobs and many other real-life skills they couldn’t learn from a book. Her programs were adopted all over the county and are still in use today.

While teaching special ed, she completed a master’s degree through the University of Phoenix. She said she didn’t need to do it, but she did it because it was fun. Learning was important to Carol and she never stopped challenging her mind. Even in the end of her life, as she slowed down and her mind was tired, she could always be found with a crossword puzzle book in her hand.

Carol’s testimony of the gospel of Jesus Christ was quiet but strong. She was a living example of unconditional love and service. She opened her home to every member of her family, some friends and even a few strangers who needed a place to stay. Her children’s friends liked to gather there, and there were plenty of kids who felt like that house was the safest place they knew. Without ever explicitly saying the words, she taught her children not to see people’s differences, but instead to see the similarities they shared.

Due to the COVID-19 Pandemic, in lieu of a funeral, her family held a small graveside service for her on what would have been her 79th birthday, September 29, 2020 at the Elysian Burial Gardens in Millcreek, Utah, where her ashes were buried above her mother’s remains.

To send a flower arrangement or to plant trees in memory of Carol Dawn Reynolds Riggs, please click here to visit our Sympathy Store.

To order memorial trees or send flowers to the family in memory of Carol Dawn Reynolds Riggs, please visit our flower store.