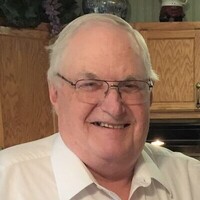 Our loving father, Dellas “Butch” Harold Potts, surrounded by his wife and children, passed away March 8 , 2022, after a short battle with Covid pneumonia. Dellas was born October 8, 1946, to Harold Levi Potts and Iva Nola Roberts in Coos Bay, Oregon; raised in Green Acres, Oregon. He graduated from Marshfield High School in 1964, the following school year he attended Southwestern Oregon Community College. In 1965 he met Connie Claire Edwards, and they were married the following year in 1966. Last year they celebrated 55 years together.

Our parents joined The Church of Jesus Christ of Latter-day Saints in 1972 and were later sealed for time and all eternity in the Oakland California Temple. He moved his family to West Valley, Utah, in August of 1982 to pursue a career with Hercules Aero Dynamics.

Our dad’s quirky sense of humor certainly entertained his family through the years. We loved his “Archibald S. Holbrook” joke. Each joke was delivered with finesse and a well-timed punch line. Thanks dad! He was a huge history buff and loved watching documentaries, especially war stories.

He developed a special bond with each of his pets, his favorite being our mother’s horse, Sasso.

Dellas was deeply involved in genealogy work and loved learning the stories of each ancestor that he discovered. He loved reminiscing of his childhood days, the Green Acres gang, and all the shenanigans they created.

Dellas was known for a few death-defying stunts, but one story that was often retold was the time he decided to try his luck with tree jumping. While our dad was in between jobs he decided to go pinecone picking up in the Blue Ridge Mountains of Oregon. Back then businesses would pay for pinecones in perfect pristine condition, ones they could be scented and resold on store shelves. While up one tree at 80 feet, dad had climbed out onto a limb. There was a 4-foot gap between the limb he was on and neighboring tree’s limb. He later said that he didn’t want to climb all the way down and thought it a more efficient use of his time if he just jumped to the next tree. After all, squirrels do it, why couldn’t he? Dad’s feet missed the limb and he proceeded to ping pong all way down between the limbs of these two trees. He broke several ribs and punctured a lung. It was a miracle he walked away from it. We are certainly grateful he did and have this story to tell years later.

Dellas is preceded in death by his parents; and two older brothers, Gerry and Donnie Potts.

To order memorial trees or send flowers to the family in memory of Butch Potts, please visit our flower store.