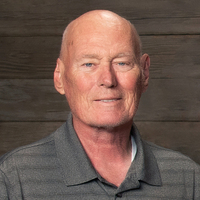 He was born in Chesterfield, Utah on September 24, 1941 to Ruth Emily Peterson and Charles Chester Ford. He was preceded in death by his parents and nephew Ricky and Steve. He is survived by his beautiful bride of 57 years, Beverly Ford; his 4 children Russ, Karen, David, and Wendy; and their spouses Adilfa, Paul, Lesley, and Jim; 11 grandchildren, Michelle, Shantelle, Brian, Toni, Tyler, Brady, Zach, Cameron, Tysyn, Braxton, and Brooklyn, 3 great-grandchildren Rylee, Xander, Cole; his 4 brothers Charlie, Sid, Terry, and Merrill; and a sister Sylvia.

Brian was a dedicated member of The Church of Jesus Christ of Latter-day Saints, and a 3rd generation, lifelong employee of Kennecott Copper.

Brian loved to work in his yard and help his neighbors. He enjoyed camping and attempted fishing with his children, grandchildren, and great-grandchildren. He was an amateur carpenter, and his basement woodshop was his pride and joy. All of his woodworking projects were works of love for his family. Pinewood derby cars were one of his favorite projects and he helped many boys in the neighborhood in addition to his own. He spent many hours doing repairs on his mother's Chesterfield home and helping with her yard.

He never took life too seriously and kept a great sense of humor throughout his life. Early victims of his practical jokes were brothers and sisters, later his children and grandchildren. You learned quickly to never accept a sandwich or drink from Brian, but he eventually got as much as he gave.

Above all Brian loved God and his Savior. He had a powerful testimony of priesthood power and received many blessings throughout his life. He had many stories of close calls where the doctors had given up on him, but he was miraculously spared.

To send a flower arrangement or to plant trees in memory of Brian Gregory Ford, please click here to visit our Sympathy Store.

To order memorial trees or send flowers to the family in memory of Brian Gregory Ford, please visit our flower store.