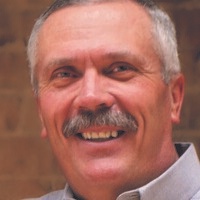 On December 7th, Brad Wilder returned home. He was born to June and Jeanne Wilder. Originally the 3rd of 4 children, at the age of 8, after the passing of his mom, his dad married Dorothy Shapiro and 2 more siblings were added to the family.

Brad was a lifelong member of The Church of Jesus Christ of Latter-day Saints and served in many callings and presidencies throughout his life. Most recently he served as the Elder’s Quorum President at St. Mark’s Hospital, conducting, and overseeing Sunday services each week. Prior to that, he served faithfully as a temple worker in the Salt Lake Temple and as the High Councilor assigned to the Spanish Branch, which was a highlight of his life. He had served an honorable mission in Chile and his connection to the culture and Spanish language has always been integral to who he was, so much so that his grandkids all affectionately referred to him as “Buelo.”

He was very active in the Boy Scouts of America where he was registered as a leader for 42 years after earning his Eagle Scout just before his 15th birthday. Throughout his service in Scouting, he also served for a number of years as Cub Master, Assistant District Commissioner, and District Chairman; which brought him endless joy. He participated in the Wood Badge program as a proud member of the Bear patrol and later returned as a troop guide. Brad was also awarded the District Award of Merit and the Silver Beaver, Scouting’s highest Council-level honor. The Scouting program was a huge influence on him, and he lived his life in accordance with the Scout Law and taught his family to be prepared.

Brad also loved working in his community and formed many bonds and friendships with those he came into contact with while working as a letter carrier for the USPS. He spoke often of the 12 miles uphill that he walked each day and wore us out just thinking about it.

He is survived by his beautiful wife Kathy; his sons Kevin (Tara), Brian (Mikayla); his sweet daughter Kristy (Chase); siblings Elaine, Gloria (Larry), Vickie, Mike, and Janel (Dale); as well as his 4 doted upon grandkids,  Hannah, Jax, Ellie, and Ruth.

He was preceded in death by both of his parents; and Dorothy.

Funeral services will be held at 11:00 am on December 12, 2020 and will be closed for personal family only. However, it will be broadcast https://youtu.be/sTYgaD5XMFs for those who still wish to participate.

Those wishing to donate may do so directly though Venmo by searching for @forBradWilder. Donations are appreciated but never expected."

To order memorial trees or send flowers to the family in memory of Brad Wilder, please visit our flower store.