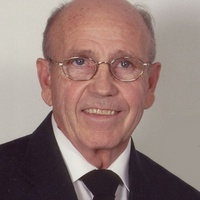 Boyd was born in Salt Lake City, Utah, on July 4, 1940, to Lynn Richardson and Eloise Flake. After graduating from Granite High School in Salt Lake City, Boyd served in the U.S. Army reserves. After leaving the reserves, he served two back-to-back missions for The Church of Jesus Christ of Latter-day Saints. The first was a proselyting mission to the Southern States (particularly Tennessee); his second mission was a building mission in northeastern United States and Canada. He later graduated from Brigham Young University.

He married Marjorie Powell in 1967 in the Salt Lake Temple, the sealing ordinance being performed by Bruce R. McConkie, an apostle of the Lord Jesus Christ. He and Margie raised six boys in the gospel; all six boys became Eagle Scouts and served missions around the world: Spain, New Zealand, Norway, Brazil, Madagascar, and Jamaica. The loves of his life were his wife, Margie, his children, grandchildren, great-grandchildren, Boy Scouts, and the Gospel of Jesus Christ. He enjoyed camping and hiking, particularly in the Uintah Mountains, genealogy (a focus of his while attending Brigham Young University), running (he ran dozens of marathons throughout his life) and writing. He authored ten LDS-based novels. When asked in a radio interview why he wrote these books, he stated it was to bring people to Christ through books.

Boyd worked as a security officer for the Church of Jesus Christ until his retirement, after which he and Margie went on two missions: the first in Antofagasta, Chile, and the second among the Papago Indians in Scottsdale, Arizona. It was toward the end of this second mission that he was diagnosed with the early stages of Alzheimer’s, noting the devasting blow of such a diagnosis, but reaffirming his trust, faith and love for his Heavenly Father in his missionary journal. He and Margie successfully completed this mission.

Boyd is survived by his wife, Margie; his sons, Todd (Jilane), Corey (Niesha), Michael, Kim (Karen), Calvin (Stephanie), and James (Anna); 22 grandchildren; and five great-grandchildren. He was preceded in death by his parents; and siblings, Leon, Leona, and his twin sister, Blanche, with whom he had a special bond.

Due to the Covid pandemic, there will be no viewing. The funeral will be held for immediate family members only. We, as his children, would be remiss if we did not pay tribute to his wife, Margie, and son, Michael, who were at his side every step of the way on this difficult, final journal through this heart-breaking disease.

To send a flower arrangement or to plant trees in memory of Boyd Charles Richardson, please click here to visit our Sympathy Store.

To order memorial trees or send flowers to the family in memory of Boyd Charles Richardson, please visit our flower store.