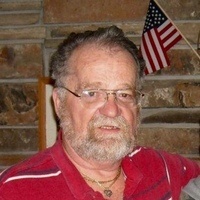 William Victor Boyd Palmer, born August 27, 1945, in Eugene, Oregon to Emma and Wilford Palmer, passed away, with beloved family at his side, on June 1, 2020.

As a boy, his family called him Billy Boyd, but most of his life he was just Boyd. Boyd Palmer was born on the day his oldest brother, also William, was buried following a terrible house fire. He was named to honor his brother that he’d never know.

Boyd married Rosalie Marie Jones on April 17, 1964, in SLC and they were later sealed in the Salt Lake Temple, of The Church of Jesus Christ of Latter-day Saints, in 1981. They were married for 56 years, until his death. Together Boyd and Rosalie raised 6 children, many foster children, as well as cousins, nieces, nephews, and grandchildren at various times.

Dad was a long-distance trucker driver for more than 40 years, before retiring at 67 due to health issues. Shortly thereafter he would have a devastating stroke that left him with partial paralysis, some brain damage, confined to a wheelchair and living in a care center for the remainder of his life. He continued to fight for 7 long years, before succumbing to aspiration pneumonia caused by his partial paralysis.

Our Dad loved little dogs! He absolutely adored his, since passed, two miniature poodles, Freddy and Max. He talked baby talk to them. And he was (most of my life) a big, tough truck driver guy. It was an adorable paradox. He also loved his grand-dogs and would spend time with them as much as possible.

He loved his hot coffee, even in the summer. He loved breakfast of fried potatoes, eggs, sausage/bacon and toast. He also loved fresh popcorn, black licorice, and root beer, but strangely hated chocolate. Dad loved visiting with family. Long afternoons could be spent with various family members reminiscing, laughing, and drinking coffee.

He liked to putter in the garage and hand/hose wash his cars/trucks. He still had a kid side and liked cute stuffed animals like Garfield and the Smurfs. He liked (premade) model cars mainly of 1950’s cars. He could identify most old cars from that time period.  He nearly always had a motorcycle and also loved “luxury” vans.

He enjoyed fishing (mostly as a younger man) but would get frustrated when others around him caught fish and he did not. He convinced us kids that we couldn’t talk while fishing because we’ll “scare the fish away”.  He seemed to enjoy our camping trips growing up. And, even though he was a long-distance trucker, he still seemed to enjoy family car trip vacations, mainly to see extended family because we had lots of kids, but didn’t have a lot of money.

He liked to tell us (jokingly) to take a long walk off a short bridge (yes, it should be pier, but).

As we were growing up, he seemed more like an older generation man/dad, a bit less connected emotionally and more stern. That eased as he got older and his stroke brought out a vulnerable and funny side of him.  He was a simple and complex man all at once.

Dad (Boyd) will be dearly missed but is now free of the confines of his stroke-damaged body. He is surely out on the road, exploring. He was a wonderful swimmer and is, no doubt, swimming the rivers with his brothers, tinkering on cars with our brother Rob and snuggling on the couch with his beloved dogs. He is walking to beautiful rivers and lakes and catching more fish than the people around him. And he is telling the kids around him to be quiet, or they’ll scare the fish away.

Boyd was preceded in death by his mother; father; step-father; 2 sisters; 4 brothers; and his son, Rob Palmer.

He is survived by his wife, Rosalie; and 5 children: Victoria Hirsch (Rusty), Leslie Burgess (Paul), Chris Palmer (Karla), Tony Palmer (Lori) and Crystina Palmer; as well as MANY grandchildren and great-grandchildren; and other extended family and friends.

Please respect the CDC guidelines by wearing masks and social distancing of 6 feet.

And please refrain from handshakes and hugging.

Click on this link for livestream view of funeral services:

To send a flower arrangement or to plant trees in memory of Boyd Palmer, please click here to visit our Sympathy Store.

To order memorial trees or send flowers to the family in memory of Boyd Palmer, please visit our flower store.