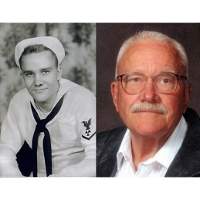 Bill Walker, age 85, being a longtime resident in West Valley City, Utah passed away on Friday, July 19, 2019. Bill was born in 1933 to Jenny Mahana, and Clayton Ellis Walker in Florence Texas.

Bill grew up in Florence, Texas and was almost to the age where he could serve in the military. Bill falsified the family bible to get into the navy, where he served with distinction during the Korean War. After the Korean war, Bill spent some time in Moab, Utah where he met the love of his life, Deon Tripp. Bill and Deon were married in 1953, and they spent the next 63 years loving each other more and more each day.

Bill was a self-employed man; he owned a Big A Auto Parts franchise store in Magna, Utah. Once Bill sold the auto parts store to slow down and spend more time with his bride, he opened D & B Supply, which he operated for 10 years and then fully retired. Bill loved to spend time with his family

“Dad, no matter what stage of life we were in, you were always there when we needed you. You are the rock from which provides our foundation. The world had a saint, the best possible version someone could be. You taught us how to love; you taught us how to be strong no matter what life has in store. The world has lost a very valuable member, but the heavens have gained an angel, so when we look up, close our eyes and just picture him looking down on us, protecting us and most of all still loving us unconditionally”.

We all love you dad, now and forever.

To send a flower arrangement or to plant trees in memory of Bill William Thomas Walker, please click here to visit our Sympathy Store.

To order memorial trees or send flowers to the family in memory of Bill William Thomas Walker, please visit our flower store.