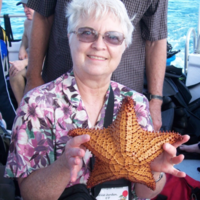 Beulah “Delayne” Barrus Wilson, 76, of West Jordan, Utah, passed away unexpectedly on December 21, 2019 while visiting in Mesa, Arizona. She was lovingly surrounded by her sister, three of her children and close family members.

Following a viewing on January 3, 2020, a memorial service was held for the family and invited guests in a private ceremony. With sincere gratitude, care was provided by McDougal Funeral Home, located at 4330 South Redwood Road in Taylorsville, Utah.

Delayne was born in Antioch, California to Irel and Beulah “Boots” (Whiting) Barrus on September 26, 1943. She attended high school in Pittsburg, California. She married Alfred Eugene ‘Gene’ Wilson on June 22, 1962 in the Manti, Utah Temple. She was a graduate from BYU Nursing school in Provo, Utah. She was a hospice and emergency room nurse for more than 35 years. She was involved in Daughters of Utah Pioneers, various church activities and callings including a Gospel Doctrine teacher, which was the highlight of her life. She always said, “This calling has helped me to draw closer to our Savior. I just love teaching about Jesus Christ”.

To send a flower arrangement or to plant trees in memory of Beulah Delayne Wilson, please click here to visit our Sympathy Store.

To order memorial trees or send flowers to the family in memory of Beulah Delayne Wilson, please visit our flower store.