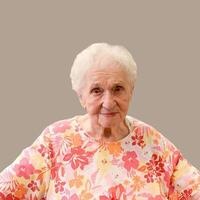 Betty grew up in Sandy, Utah and graduated from Jordan High School. She worked as a telephone operator while she and Jack were courting. After they were married, she worked at the schools close to home as a lunch lady for many years. She raised four rambunctious boys, and later worked for Beehive Clothing to help support her sons as they served missions for The Church of Jesus Christ of Latter-day Saints. As her sons married, she accepted her  daughters-in-law as the daughters she didn’t have, making them truly feel part of the family.

Betty, her sister, and her sisters-in-law had a strong relationship, and loved spending time building their bond; whether that be quilting, going to lunch, or traveling to Park City together. She loved to play games and do puzzles with her grandchildren, and spending time with her family. Betty was an active member of The Church of Jesus Christ of Latter-day Saints. She held many callings throughout her life and served faithfully for years as a visiting teacher. She also had the opportunity with Jack to serve as a temple worker in the Jordan River Temple. She had a strong testimony of the gospel which she shared often.

For those wishing to participate virtually, the funeral can be viewed at

The family would like to thank the staff at Legacy House for the care and compassion they gave to our mother for the last months of her life.

To order memorial trees or send flowers to the family in memory of Betty Lou Brand Clark, please visit our flower store.