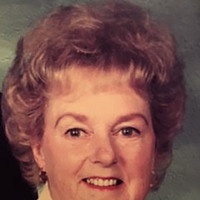 On December 26, 2019, Bette Jeanne McDowell Bird of Salt Lake City died peacefully in Boise, Idaho at the age of 95.

Bette is survived by her children, Kathy Bird of Pleasant Grove, Utah; Bradley Bird & Linda Bird of Boise, Idaho; Eric Bird of Mountain Home, Idaho; and Wendy & Jed Pendley of Mequon, Wisconsin; her sister, Janet McDowell Christopherson and her husband, Jack also reside in Overgaard, Arizona. Bette has 16 grandchildren and 31 great-grandchildren. She is preceded in death by her eternal companion, Lawrence William Bird; her brother, Dick McDowell; and her grand-daughter, Tamara Wilson.

Bette was born on October 31, 1924 in Spokane, Washington, and graduated from Reardon High School in 1941. She attended Business School in Spokane and was a “Candy Striper” at Deaconess Hospital. She married the love of her life, Lawrence William Bird in 1945 in the Cardston, Alberta Temple. They settled in Salt Lake City, Utah where Lawrence became an outstanding band and orchestra teacher, and Bette dedicated herself to raising her four children. She began working in the Accounting Office of Granite School District in 1966 and continued for 20 years. She also continued to serve faithfully as a “Pink Lady” for over 20 years.

To send a flower arrangement or to plant trees in memory of Bette Bird, please click here to visit our Sympathy Store.

To order memorial trees or send flowers to the family in memory of Bette Bird, please visit our flower store.