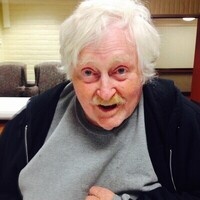 Bert Leon Brewer, 79, of South Salt Lake, passed away on January 28, 2022. Bert was born on November 6, 1942, in Mt. Pleasant, Sanpete County, Utah and was the seventh of eight children born to William Arthur  “Art” and Maurine Ione Rasmussen Brewer. His family moved to Salt Lake City in 1952 after his father died in an unusual accident. He was an active child growing up until he was beset upon with muscular atrophy in his legs and feet as a young teenager. He had operations on both of his legs and feet to help correct problems caused by the disease. He continued to have problems with his feet and legs for the remainder of his life. He attended and graduated from West High School in Salt Lake City.

After high school he worked cleaning buildings at night then started working for Bush and Gudgell Engineers on their survey teams. He then moved into the office where he filed and copied blueprints and cleaned the offices. He worked for them most of his adult life.

Bert married Joy Asenith (Tina) Rogers on January 15, 1968, in Salt Lake City. Though they both loved children, they were unable to have any. They eventually separated and divorced. Bert was an avid golfer and would play at the drop of a hat. He also loved snowmobiling. In 2005 Bert suffered a traumatic brain injury and his brothers Martin and Jerrald were appointed as his guardians. In September 2014 he suffered a stroke and was eventually admitted to Avalon Valley Rehabilitation Center. On July 7, 2018, he was struck by a car while crossing State Street in South Salt Lake and suffered major injuries which included the loss of his left leg at the knee.

He is survived by his youngest brother, Roger L. Brewer of Las Vegas, Nevada; and many nieces; and nephews.

A graveside service will be held at Mt. Pleasant City Cemetery on Saturday, February 12, 2022, at 1:00 PM where he will be buried next to his parents and other family members.

To order memorial trees or send flowers to the family in memory of Bert Leon Brewer, please visit our flower store.