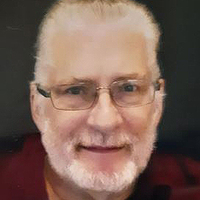 On May 18, 1974, he married Irene Broyles in the Oakland California Temple and they begin their life in San Jose, California and celebrated 40 years of marriage. Together they had four children, six grandchildren and one great-granddaughter.

He had career in electronics and Information Technology for over 30 years. He was a devout member of The Church of Jesus Christ of Latter-day Saints; a faithful member his entire life, serving in several roles including High Priest and Scout Master and later enjoyed temple work.  Most recently he was a member of the West Brook 4th Ward. He was also an active member of the Taylorsville Senior Center.

He was the originator of corny dad jokes and loved a good pun, he was known as the pun master. He loved music, played guitar, always singing songs and was aspiring DJ. A lover of rock and roll, especially The Beatles. In his adult life he loved the outdoors, camped and hiked often.

A memorial service will be held on May 20, 2022, from 10:00 – 11:00 am at McDougal Funeral Home, 4330 South Redwood Road, Taylorsville, Utah, 84123. His final resting place will be Sierra View Memorial Park, in Marysville, California, later in the year joining his first wife and mother.

Services may be attended virtually at: https://vimeo.com/event/2134699

To order memorial trees or send flowers to the family in memory of Bert Howard Briggs, please visit our flower store.