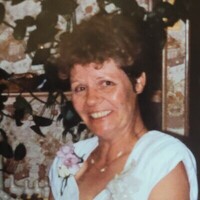 Barbara was married to Eligio Herrera on May 8, 1971; they were married for 42 years.

She enjoyed painting and gardening, but she got her greatest joy from talks over coffee spent with family and friends.  She was actively involved with her family (and unofficial adopted family members, as there were many!) Her home was always open and the coffee pot always on and ready to help whenever someone needed an ear to listen.

Barbara is preceded in death by husband Eligio Herrera; all her siblings; and her son Ray Herrera.

The family of Barbara Herrera wishes to thank everyone who visited and prayed for her in her time of need.

To send a flower arrangement or to plant trees in memory of Barbara Ann Baker Herrera, please click here to visit our Sympathy Store.

To order memorial trees or send flowers to the family in memory of Barbara Ann Baker Herrera, please visit our flower store.