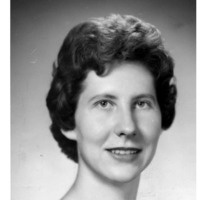 Annette LaRue Steeneck Huntington (89) died Sunday morning October 11, 2020. Born in Salt Lake City on Sept 4, 1931, to William and Florence Steeneck. Annette was among the great women of the world whose positive influence far outpaced her understated, soft-spoken presence. From her upbringing during the Great Depression, she learned the value of service, sacrifice, and scarcity. She could spin simple magic from the most humble ingredients. Two ounces of a hamburger patty, boiled potatoes, and grease gravy never tasted so gourmet as in her kitchen.

Annette graduated from Brigham Young University in 1958 and began a teaching career with adorable 2nd graders. In 1960, she met and married Blain Huntington, whose mother had just moved into Annette's neighborhood. It is impossible to overstate the countless blessings, lives, and progeny who benefited from Norma's housing decision and the coming together of two good souls, Blain and Annette.

Annette became an accomplished medical nurse and spent her professional career serving the needs of both the youngest pediatric patients and the oldest geriatric residents (often working the nightshift to not impact her own family).

She possessed an authentic humility that made her into one of the keenest human observers and most empathetic women. She never seemed to see her full striking beauty as a tall girl from the lower-middle-class avenues of Salt Lake City. She never expected anything for herself, but she gave everything for others. Despite her self-deprecating humor, she had a zinger wit that humbled the best of us.

Without being intrusive, she had the absolute gift to know and support every need of her children and grandchildren, spoken and unspoken. Imagine the most intense maternal instinct and multiply it by a hundred. You'll only then get close to the intuitive insight Annette showed as the matriarch in her family.

Annette's love extended beyond the family as she served in countless church teaching and leadership positions, including years serving as a temple worker. The women in her Relief Society organization each felt the individual love that only a caring, selfless leader can offer. She was the consummate shadow leader who shied away from any leadership credit and simply lost herself in helping others. She continually placed her own comfort on the altar of others. She had the leadership superpower of repairing breaches, reconciling differences, blending tensions, and absolving cliques.

A public viewing will be held on Thursday, 15 October from 6:00 to 8:00 PM at the LDS Church located at 4501 W 11800 S, Riverton, UT 84096. Participants should respect local health guidelines including wearing a mask and practicing social distancing.

A family viewing will be held at the same location on Friday morning at 11:00 AM with the funeral beginning at 12:00 PM. Due to current health restrictions, attendees at the funeral service will be limited to immediate and extended family. All others who wish to honor Annette’s life should join a broadcast of the funeral by clicking here.

Annette will be interred at the Utah Veterans Cemetery & Memorial Park located near Camp Williams.

To send a flower arrangement or to plant trees in memory of Annette LaRue Steeneck Huntington, please click here to visit our Sympathy Store.

To order memorial trees or send flowers to the family in memory of Annette LaRue Steeneck Huntington, please visit our flower store.