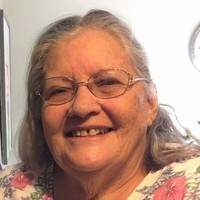 Ann was 82 years old. She was living in West Jordan, Utah with her daughter. She died Monday, 14 October 2019 in Murray, Utah from a long term illness, surrounded by her loving family.
She was born on 4 December 1936 in Blackfoot, Idaho to Ellis Marion Perry and Leola Barrus Perry.

She attended Box Elder High School, LDS Business College, and SLCC. Ann was married on 31 December 1959, in Ogden, Utah, to Ricardo Valentino Archuletta, which was solemnized in the Salt Lake Temple on 27 May 1976. She later married Matias (Benny) Benedicto Cordova, 31 Jan 1983, later divorced. She was born in Idaho but lived in California, Nevada, and Utah. She loved her very large family, sewing, quilting, puzzles, and church. She was a member of The Church of Jesus Christ of Latter-day Saints with various callings.

Ann worked at SLCC for 17 years. While there she was personally awarded the Displaced Homemakers Award by Gov. Norman Bangerter. After she retired she served a service mission for The Church of Jesus Christ of Latter-day Saints.

She always put others before herself. She was very giving, loving, and unselfish. She loved people, especially her children and grandchildren.

To send a flower arrangement or to plant trees in memory of Ann Leola Perry Archuletta, please click here to visit our Sympathy Store.

To order memorial trees or send flowers to the family in memory of Ann Leola Perry Archuletta, please visit our flower store.