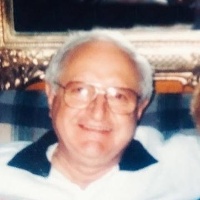 Alvin Lanning Britton aka Superman, 83 of Kearns, Utah passed away peacefully surrounded by his family on Tuesday, August 27, 2019.

Alvin was born January 3, 1936 in Salt Lake City, Utah to Jacob Gilbert Birtton and Selma Nichols Britton.  The fourth of five children. As a boy he lived mostly in Salt Lake City with his family until joining the AirForce.

Alvin joined the AirForce in 1953, during his service he met the love of his life Maureen Mehan while stationed in San Francisco in May of 1956.  Alvin and Maureen married August 20 1956.

He was a good father who loved his children and did the best he could to teach and guide them, a loving grandfather and “great-grand” father to many.   Alvin loved his grandchildren, and always said, grandchildren were the reward for raising children.

Alvin was a member of The Church of Jesus Christ of Latter Day Saints, he was endowed in the Temple in 2006.

Alvin is survived by his wife Maureen, his children Pamela, Peggy, Sissy (Scott), Byran (Jennifer), his sister Caroline (Larry), his grandchildren, great grandchildren, and great great grandchild, and sister-in-law Joan.  In addition to many nieces and nephews and other family that he loved so.

Preceded in death by his parents, two brothers, and one sister.

A viewing will be held from 11:00 am to 11:45 am before services.  A luncheon will immediately follow the funeral, graveside services will follow at 3:30 pm at Memorial Estates 6500 South Redwood Rd.

A grandfather is someone with silver in his hair and gold in his heart. Grandpa had ears that truly listened, arms that always hold, love that's never-ending, and a heart that's made of gold

Our Superman is now Up, up and away. He will forever be our hero. We will miss and always cherish our Dad.

To send a flower arrangement or to plant trees in memory of Alvin Lanning Britton, please click here to visit our Sympathy Store.

To order memorial trees or send flowers to the family in memory of Alvin Lanning Britton, please visit our flower store.