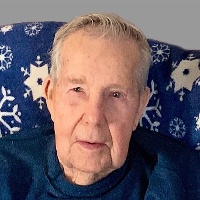 He entered the Army right after High School and served in World War II. Upon discharge he went to school at Idaho State University and then finished his diesel mechanic certification in Provo, Utah. He married Maurine Jensen on August 11, 1950 in the Manti Temple. They settled in Salt Lake City where he worked as a diesel mechanic and raised six children. He retired from Cummins Intermountain Diesel in April of 1992 after 28 years.

Daddy was a humble man and a true minister of Christ. He served his family, ward, and neighbors until he was physically unable to do so. He taught us to always do our best. He was very creative and was able to fix almost anything. He often made tools to make jobs even easier.

Allen is preceded in death by his parents; four brothers; one sister; and his eternal sweetheart Maurine.

He is survived by children Dennis and Lois Hansen, Kathy and Clyde Marshall, Richard and Wendi Hansen, David and Connie Hansen, Barbara and Bruce Gifford, JoAnn and Kyle Stauffer; 22 grandchildren; and 36 great-grandchildren.

Special thanks to Melody and other friends and neighbors who continued to serve him as he aged.

To send a flower arrangement or to plant trees in memory of Allen Pheral Hansen, please click here to visit our Sympathy Store.

To order memorial trees or send flowers to the family in memory of Allen Pheral Hansen, please visit our flower store.