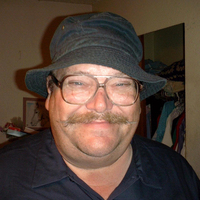 Alan Keith Bradbury was born in Ogden, Utah to Keith and Erma Bradbury.  He passed away peacefully on November 4, 2020 surrounded by family.

Alan graduated from Clearfield High School then attended one year of college at BYU Provo.  He then served a faithful mission to South Germany for The Church of Jesus Christ of Latter-day Saints.  Alan held many positions in the church, but his favorite was playing the organ.

One of Alans favorite things to do after his mission was going square dancing.  This is where he met then later married his bride, Anna Lee Olsen.  They were sealed for all time and eternity in the Salt Lake Temple on May 17, 1974.

Shortly after wedding, Alan started his career working at UTA.  He started in January 1975 until May 2011.  23 years of that was as a bus driver and the rest as an electrician on the Trax lines.

Alan was an accomplished writer of fiction, fantasy and poetry.  He currently has 14 books published and 3 more at the publishing house.

To send a flower arrangement or to plant trees in memory of Alan Bradbury, please click here to visit our Sympathy Store.

To order memorial trees or send flowers to the family in memory of Alan Bradbury, please visit our flower store.